There is nothing quite like a strong, vocal-lead ballad about a narcissistic boy to brighten your midweek listening. Singer-songwriter Laura Elliot hits the nail on the head with “God Complex,” track seven from her debut album, People Pleaser.

The track revolves around Elliot’s relationship with a boy who has a “God Complex,” and the emotional trauma that results from the experience. Her raw, emotion-filled vocals pair perfectly with her simple yet beautifully accurate lyrics, reminding me of a mix between Anna Nalik and Lana Del Ray. She begins with him, singing, “He’s high again / smokin’ in the front yard / bloodshot eyes.” There is no overthinking or guilty defending, just exhaustion and a bittersweet sense of defeat.

Elliot introduces character action in the chorus with the lines, “And he’ll try and make me forget / every word he ever said / then he’ll swear and say he loves me / and I’ll believe him in a heartbeat.” He is the one with the ability to act. The dynamic between the two is very obviously one of emotional manipulation. This is made obvious by the end of the chorus, as she sings, “Always promising to walk away / then takes it back when I’m okay with it / God Complex.” Elliot’s role as the passive character in the relationship matches wonderfully with the overarching tone of exhausted defeat that’s so apparent in her belting. Him being the actionable character makes the “God Complex” title she gives him seem something desirable.

The idea that Elliot can deal with the consequences and emotional damage of loving the boy with the “God Complex” is exemplified through her actions. In the second pre-chorus, she sings how she “Put on a fake phrase / it’s sad but true / I’ll never choose to be alone.” This is the epitome of why she keeps allowing him to control her and ultimately the point of the song: he’s a better option than being alone. 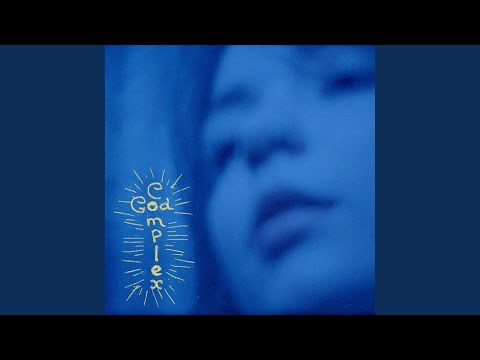 Elliot has perfectly captured a one-sided relationship, demonstrating altogether what dating in the 21st century can be. The idea that she’s being used and is too depleted to take action on her own is seen in the bridge: “I’ll let him light me up / and let that be enough.” This is lyrically and stylistically profound because she compares herself to his habit of smoking; she’s being lit up just like his joints. She’s become a deteriorating part of him and she knows that, which is equally heartbreaking and defeating.

Elliot’s lyricism and vocal tone is so pleasing that when I listen, I find myself belting along and feeling everything she feels. That’s the mark of true artistry, when the listener gains some sense of understanding and connection to the artist.

Listen: “I HATE IT!” – Caroline Meade

I have butterflies. Wonderful lilac and periwinkle and rosy butterflies flutter in circles around my heart, waking me from my dark dreams, dragging me into the sunlight, dancing me into summer. It’s been a while since I’ve felt love within a song. I’ve only been listening to melancholy music. Angrier guitar riffs, sad lyrics. It…

Listen: “For a Moment You’re Mine” – Little Monarch

It satisfied something in me for the moment, and personally, it felt important to put out there and just not care how much attention it got. I can picture a flock of monarchs fluttering around in the bright morning sun. Birds chirping in the distance. I am dreaming and white sun peers through blinds, wasting…